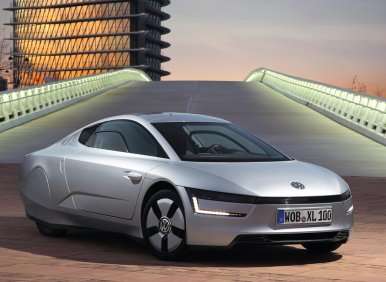 Volkswagen: VW XL1 Headed for Production at 261 MPG
A bit more than 10 years after the first prototype was shown, the Volkswagen XL1 is now officially on its way to the marketplace as the most efficient production car in the industry and the most aerodynamic production car ever. The tale of the tape: A nifty 261 mpg combined in the European testing cycle and a coefficient of drag of just 0.189—to put that into perspective, the 2013 Toyota Prius manages a Cd of 0.29 and the notably slippery 2013 Tesla Model S comes in at 0.24.